* If you experience visibility issues resize your browser window on desktop or change your mobile device orientation momentarily to see the listings rearrange.

* If you experience visibility issues resize your browser window on desktop or change your mobile device orientation momentarily to see the listings rearrange. 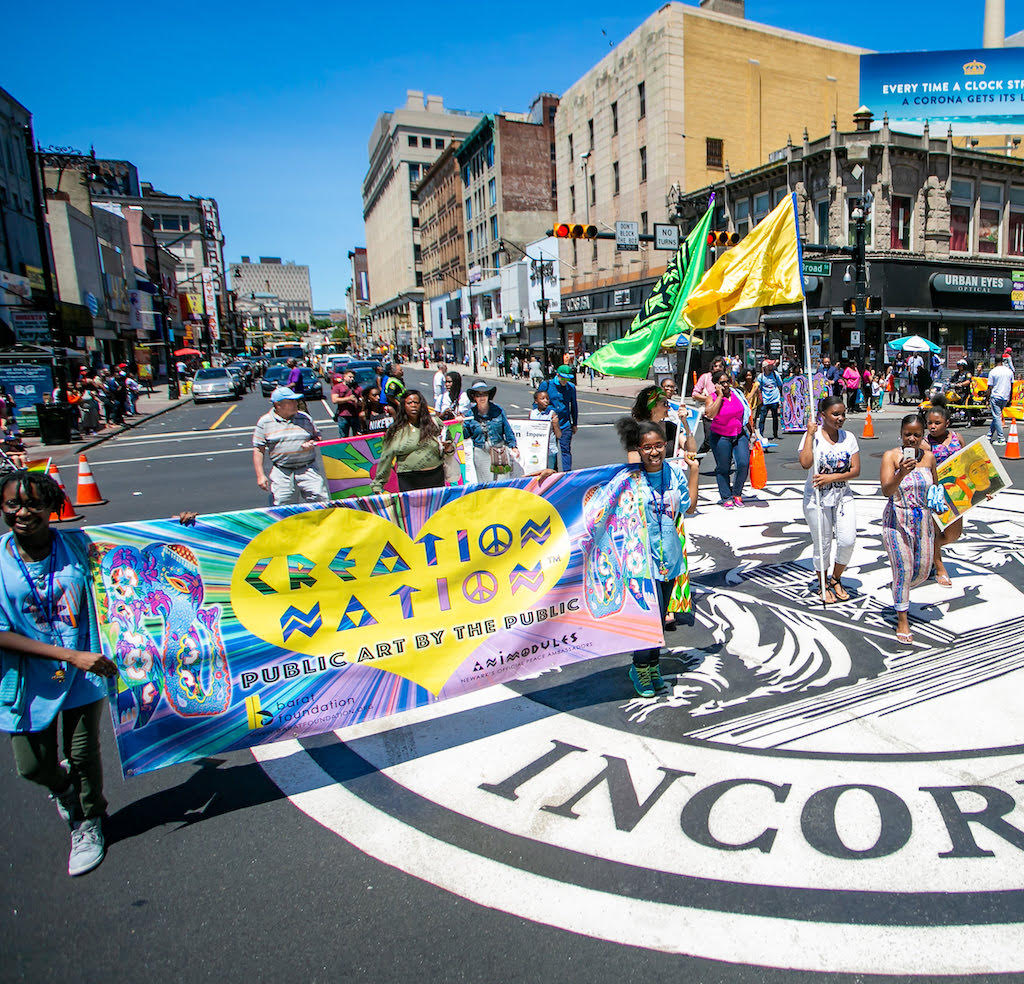 Begun in 2008 to promote the Newark  Open Doors Arts Festival, the Creation Nation Art & Peace Parade and has become a staple in Newark's cultural landscape.   Now, after a long hiatus due to the pandemic, the parade, founded on the ethics of radical inclusion, is returning to once again celebrate the creative powers of the city's young people and creatives. It is as march for art, peace, love and community - a movement that speaks for the power of creativity to encourage students of ages and give them an opportunity to celebrate and showcase their work to the public.  Heralded in with marching bands and much fanfare, the parade is accompanied by the Barat Foundation Animodules®, an original Newark art form, created by the youth of the city, and named "Newark's Official Peace Ambassadors" by Senator Cory Booker.  This year the parade will take off from the Newark Museum of Art, march down Halsey Street to Treat Place, and return up Broad Street into Washington Park for a Youth Music Festival.  The fun will begin at 4:00 pm and end at 6:00pm.  Come, and bring your voice and energy to support the creative powers of the young people of Newark!

*Covid-19 Protocol: We will subscribe to the city's current COVID-19 protocols for outdoor events.

Donate to the artist

Creation Nation Art&Peace Parade will begin at 4:00 PM at the Newark Museum of Art, march down Halsey to Treat Place and return up Broad Street, ending at Washington Park with a Youth Music Festival.